Internet of Things, Importance of Backups, and more 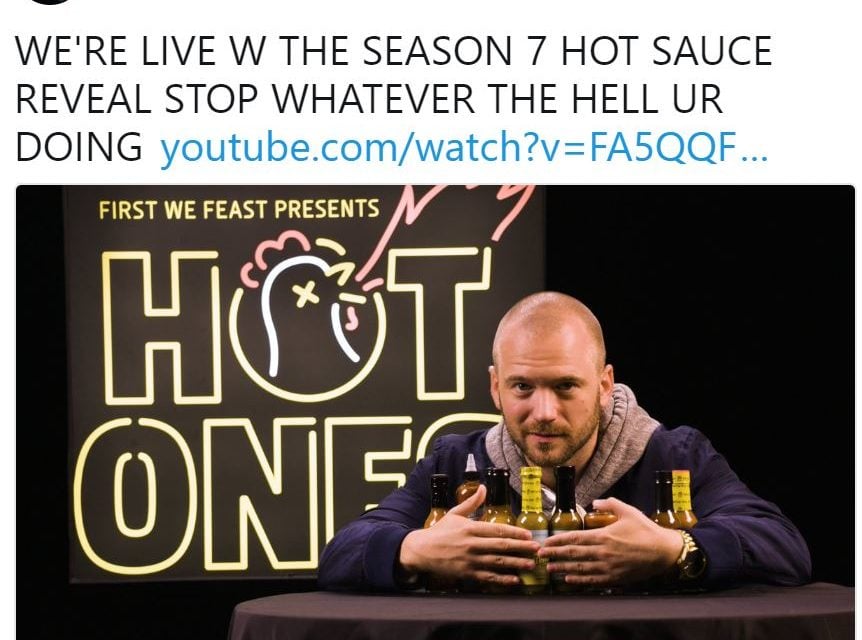 Man has it been a great week to watch the internet meltdown! We have politicians being accused of sexual misconduct, thermostats malfunctioning, domains for some of the biggest companies being taken offline by tiny little companies nobody has heard of and more!

As many of my close friends will tell you, I am obsessed with spicy foods and am a pepper snob of sorts… Or, at least that’s the nice way of putting it. Other people might describe me as something other than simple a snob, but I digress!

Well, I also enjoy watching First We Feast on YouTube! There’s something so satisfying about watching famous people suffer while eating spicy wings that just does it for me!

Well, today during the testimony from Dr. Ford’s testimony, Host Sean Evans tweeted that people should “…stop whatever the hell ur doing” to watch the Season 7 preview on Twitter. As most of us even in small blogs understand, posts like this are scheduled and timed for peak views and interaction. Not to mention, people can watch the video at any point in time, it’s not going anywhere. However, people got outraged in the comments saying the show had poor timing, that they have more important things to do, calling it tasteless to post that at that moment, etc. I guess people don’t understand that the world can continue to spin even if someone is being accused of sexual misconduct. I get that they want people to be sensitive to the matter, but realistically, nobody is watching the testimony live. The only people who are, are those with something personally invested in the matter, or it’s their job.

Honestly, I have YouTube Premium subscription (by way of Google Music subscription) and I consume a lot of YouTube content, way more than the average person for both personal and professional reasons. 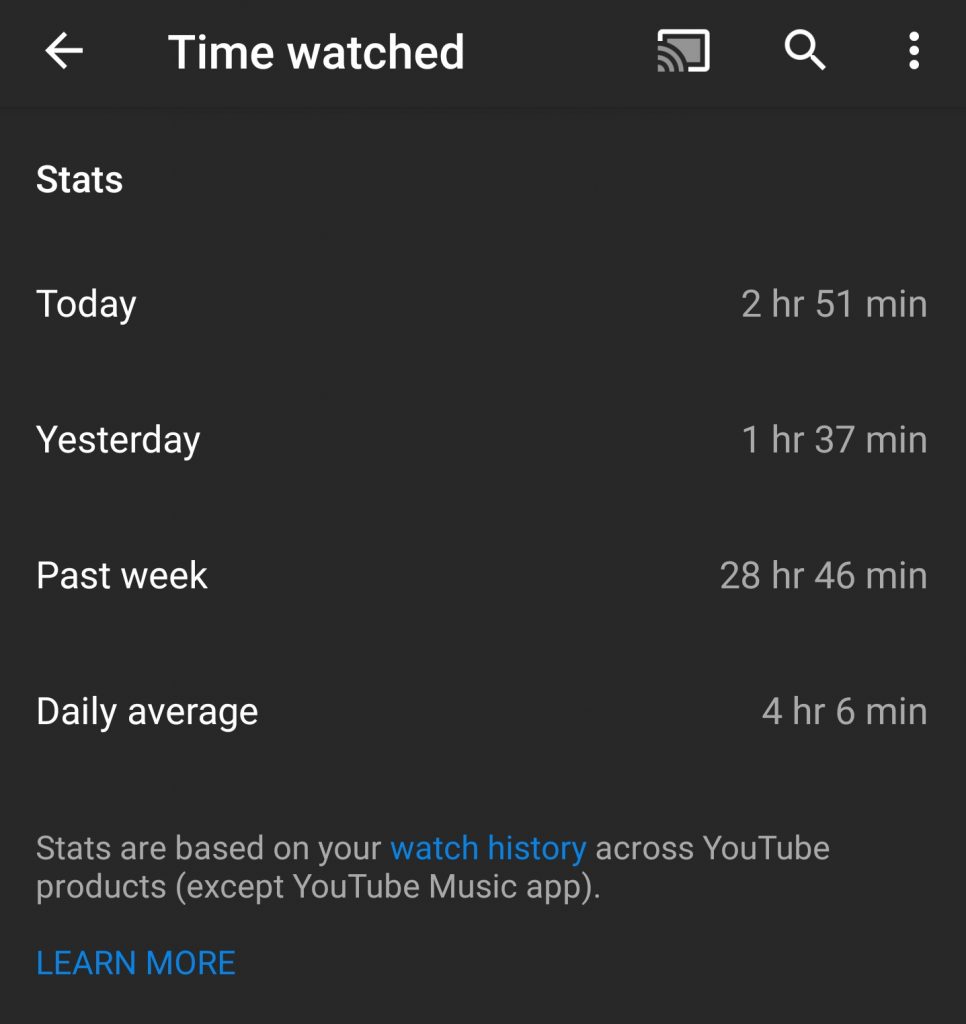 I didn’t watch a single moment of the testimony, and never will. I hardly watch live TV at all, really the only thing I value seeing live are University of Michigan Football games. Other than that, I can watch it on demand or on whatever app it streams from at some point. But let’s be honest here, the attack on Sean’s post was ridiculous, like a bunch of toddlers upset an adult doesn’t want to do the same activity they want to do.

Who the hell is TierraNet?

Probably the biggest internet news of the week, month and possibly year, not counting Apple fans adoring their revolutionarily OLD Measure App (Android has had a polished version for over 2 years), is that Registrar TierraNet took down Zoho’s domain for several hours earlier this week over supposed complaints of phishing (totaling 3 in 2 months). Honestly, for a company as big as Zoho and the tools they provide, 3 is basically zero. The CEO of Zoho couldn’t even get TierraNet’s executive team to field his phone calls. Zoho is worth over $2 billion, with 7,000+ employees, some massively powerful clients that include: Amazon, Netflix, Discovery Communications (Discovery Channel), Air Canada, Citrix, LA Times, and University of Michigan. Nobody until this incident has ever heard of TierraNet, so, I guess good job marketing team? Although, I suspect Zoho and pretty much everyone who uses TierraNet will be looking for new registrars soon.

As a massive tech nerd, there are a few things I have never jumped on board with: smart light bulbs, smart thermostats, or any other IoT “connected” nonsense. I really don’t need my refrigerator telling me it’s empty, I already know this, I am poor. But seriously, the lightbulbs are a neat product, but the tech isn’t really reasonable yet. My home requires 87 total bulbs (including fridge, oven, etc), and at a couple bucks a piece now I can become energy efficient going strictly LED, which I have done already. The extra 3 to 5 times the price per bulb to connect to WiFi is ridiculous. I don’t even like controlling my TV with my remote unless it’s a search specific task in which I have to type something, and I can already hear the people screaming “rabble rabble rabble… if this, then that… rabble rabble rabble… tasker… rabble rabble rabble… automation…”, take a seat right here for me and read!

Honeywell, whom many use for thermostats, alarm systems and more had a several hour long outage yesterday (some had been complaining for months of similar issues according to Business Insider). Man, wouldn’t it just suck if your thermostat only worked over the internet, and only communicated with a server somewhere that just failed? Now you’re in your basement or attic looking for that old hunk of junk you figured you would keep for when you sold your house! You know, the crusty one with the buttons that isn’t aesthetically pleasing, yea, that one. But, now you have experienced a true first world problem! You weren’t able to turn the Air Conditioning down from 74 to 72, must be a terrible way to sleep!

Let me hound you about Backups, again!

So, let’s round out this week with a lesson, from the annoying guy who always says, “I told you so”, but you don’t like listening to anything he has to say prior! This incident with TierraNet and Zoho reminds me of something I have thought about for a long time; what happens when a company you rely on for a service as a consumer or business goes belly-up overnight? What if that company has a massive attack against its infrastructure, and you’re unable to operate the old fashion way because you can’t access any mission critical information? You know how you’re going to look to your clients? You’re going to look just as you are, unprepared! Hopefully you have exceptionally great relationships with them, especially if you’re a B2B service provider, because, because if they weren’t shopping around before, they definitely are now!

For those not in the Tech of IT industries, there’s what’s called the 3-2-1 rule for backup strategy. Meaning, you should have 3 copies of your data, 2 of them should be local (in your office), and 1 should be somewhere remote/offsite. But here’s the problem, a lot of these companies don’t give you the ability to simply and easily export your data regularly, or provide you with free/reasonable backups. Shameless plug here really quickly, Lemacks Media provides free weekly backups for all hosting clients, no matter if we built your website or not. Lemacks Media offer daily backups for a small fee, and can include exports to services of your choosing automatically for you!

Most companies become complacent with the general reliability of the services they use. Most of that is misplaced trust, or they’re just ill-informed as to how their data is stored. It’s important that if you use a remote/cloud service for something for your business that you fully understand what you’re getting, what you’re paying for, and your options to scale up or down as needed. Having the flexibility to take your business offline in the event of a natural disaster, or otherwise is just as important as the relationships you build with your clients.

If you would like more information on how to leverage backups for yourself or your business, contact Lemacks Media for a free consultation! It doesn’t matter the service you use, Lemacks Media can provide you with all the important details you need! 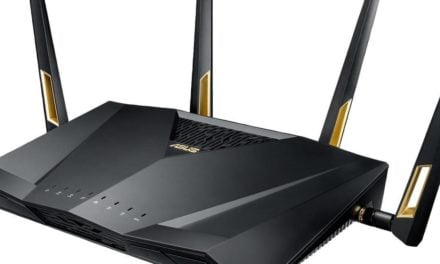 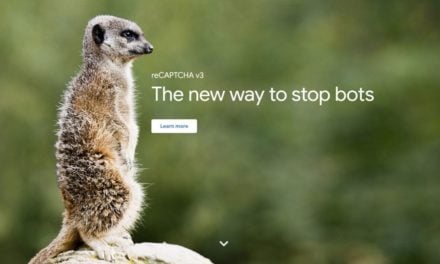 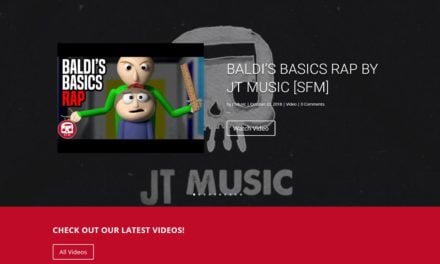 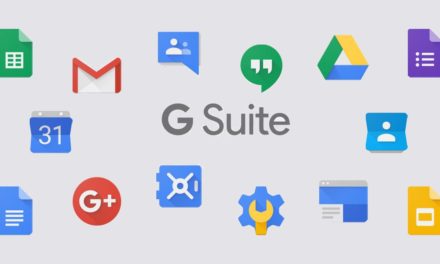